After 44 years of membership, the UK will leave the EU at the end of March 2019. This was the wish of a small majority of British citizens who participated in the 2016 referendum.

The price that both sides have to pay for this is being ne­­gotiated by the EU Commission, on behalf of the 27 Member States, with the United Kingdom. This is a process that ­differs from the usual procedures in the EU. Whereas the EU Commission normally seeks to deepen the economic and social integration of various European states, the Brexit negotiations are about dissolving existing ones.

Just a few days after the 60th anniversary of the EU, British Prime Minister Theresa May formally notified the European Council of the UK’s intention to withdraw from the EU. This triggered Article 50 of the Treaty on European Union (TEU) which provides for the exit procedure for a Member State. The provision introduced by the Treaty of Lisbon states that ‘Any Member State may decide to withdraw from the Union in accordance with its own constitutional requirements.’ Thus, it is not a request, but rather a unilateral declaration.

Triggering Article 50 has initiated a two-year negotiating period in which the details of the withdrawal are to be decided. This is specifically about dealing with matters for the period prior to the UK’s exit during which the United Kingdom is still a member of the EU. In addition, there is supposed be a transitional period with special rules until 31 December 2020 following the signing of the exit agreement. This was agreed by Michael Barnier, Chief Negotiator for the EU-27 and the former Brexit negotiator for the UK, David Davis. However, there will only be a transitional period if both parties agree on a withdrawal agreement and a complete package is put together. 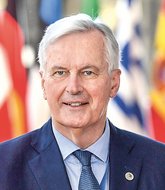 “We are going to continue the work, by keeping in mind that all points will form part of the same agreement and should therefore be agreed together. I would add that legal certainty on all of the points, including the transition, which forms part of this agreement, will only come with the ratification of the Withdrawal Agreement on both sides. Nothing is agreed until everything is agreed.” 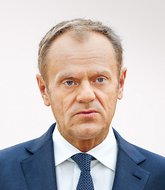 Donald TuskPresident of the European Council

“The EU27 has taken note of what has been achieved so far. However, there is a great deal of work ahead, and the most difficult tasks are still unresolved. If we want to reach a deal in October, we need quick progress. This is the last call to lay the cards on the table.” 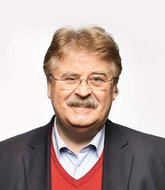 MdEP Elmar Brok (DE, EVP)German politician and Member of the European Parliament and of the Brexit Steering Group

“The United Kingdom’s exit from the EU in March 2019 poses major challenges for both the EU and the UK, especially economic ones. Of course, it is easier for the EU to cope with the loss, with 27 EU Member States remaining together, than for the UK, which in the future will also become a third country to the EU, and therefore automatically lose all EU benefits and leave the single market. There will be no winners from Brexit, but the UK will be hit harder than the EU. We can only try to minimise the damage.”

The exit negotiations under Article 50 of the TEU represent uncharted political territory for the EU in terms of both formal and substantive law because it usually negotiates with partners who want to join. In the past, Greenland had been the only country to leave the European Economic Community (EEC) following a referendum. The negotiations lasted more than seven years and were finally regulated by Regulation (EEC) No 1661/85.

The withdrawal agreement will be discussed by the Member States in the Council. The European Parliament also plays a key role in the negotiations because the exit agreement must be approved not only by the Council, but also by the plenary of the European Parliament (Article 50(2) TEU). The Brexit Steering Group, under the chair of Guy Verhofstadt, was set up to prepare the relevant positions. The group regularly comments on proposals put forward during the procedure.1